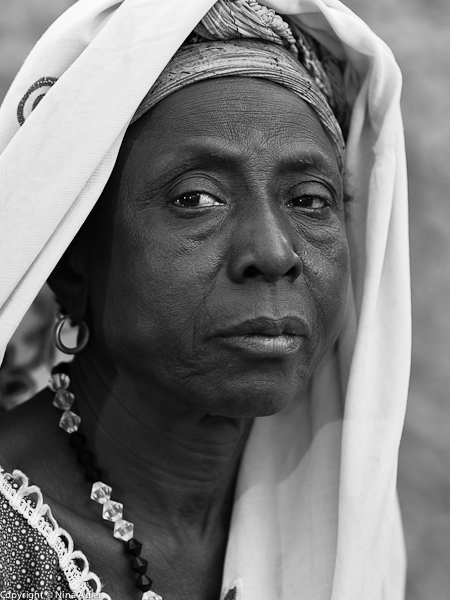 A b/w portrait, "Azeta", one of three sent in recently for a photo contest "VISAGES" arranged by a French organization FRANCE LIBERTES 47, won the FIRST PRIZE in the Black/White category.

This portrait is one of my "African Portraits" taken in the Sahel in January 2011.

Nearly 300 photos were received,divided in two categories: color and b/w, with a First and Second Prize in each category. All photos are actually being exhibited in the CENTRE CULTUREL ANDRE MALRAUX in AGEN (Lot et Garonne). I believe until February 22. As Agen is only one hour away from here, I went for the opening night, and that was when I found out I had won the First Prize; which appears to be "A stay in a South West France Gîte sometime in 2013". I am looking forward to hearing more about this very soon!